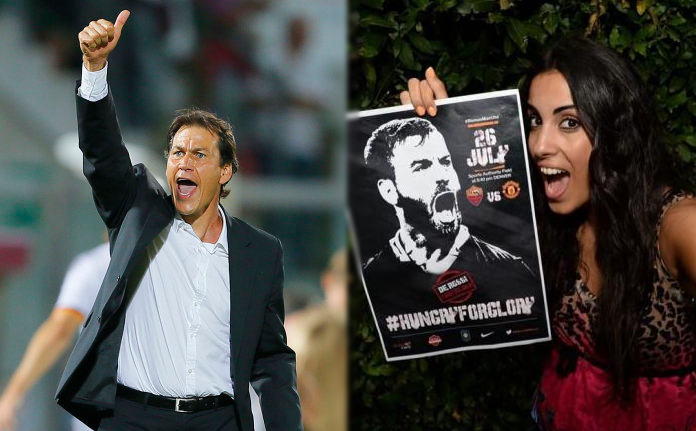 Tittle-tattle had been rife since the pair were spotted by “canoodling” (we think that’s the technical term) in a restaurant earlier in the week by Italian gossip magazine Novella, but Roma coach Rudi Garcia has now taken to social media to put the gossip hounds out of their misery by confirming his relationship with Francesca Brienza, the presenter of Roma TV – the club’s in-house television channel.

Slapping matching posts on Twitter yesterday, Garcia (who turned 50 in February and has three children from a previous marriage) and Brienza, (who is 28 and has never procreated up to this point so far as we know) confirmed the news with a f**king s****e… 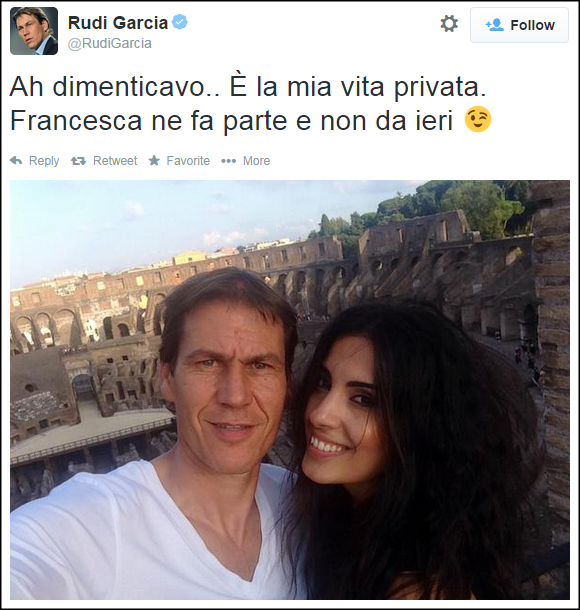 “Ah, I forgot… It is my private life. Francesca is part of it and not only since yesterday (winky face!!!).”

We know what you’re thinking and..DAYUM, that is the Coliseum!