Once again, the AC Milan ultras have choreographed a public display of angst over the club’s ongoing limp stasis, using tonight’s home tie against Genoa as a platform to stage a large-scale protest over the austere ownership and pale performances.

As can be seen above, the protest was orchestrated before the game, with the seats in the upper tier of the Curva Sud being rearranged to form the word ‘Basta’, which translates as “Enough”.

Shortly before kick-off, the Ultras filtered into the Curva and took their places in formation – thus spelling out the word as a kind of human protest banner… 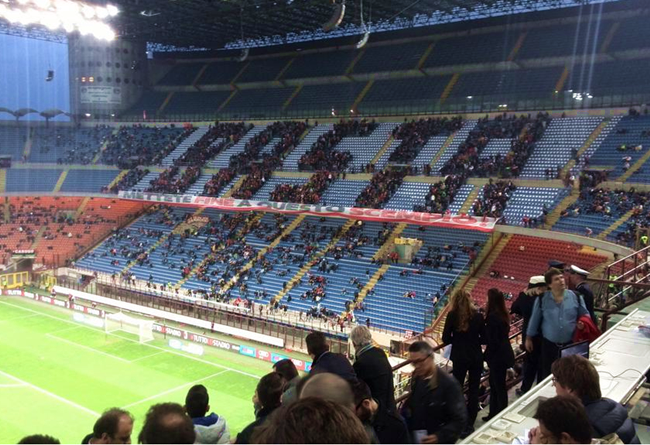 Impressive and resonant in equal measure. In fact we can’t recall ever seeing anything like this before.

This, of course, coming just a month after the Milan ultras left a very ominous-looking “Game Over” banner in the deserted Curva after boycotting the home game against Cagliari entirely.

All is not rosy in the Rossoneri garden.