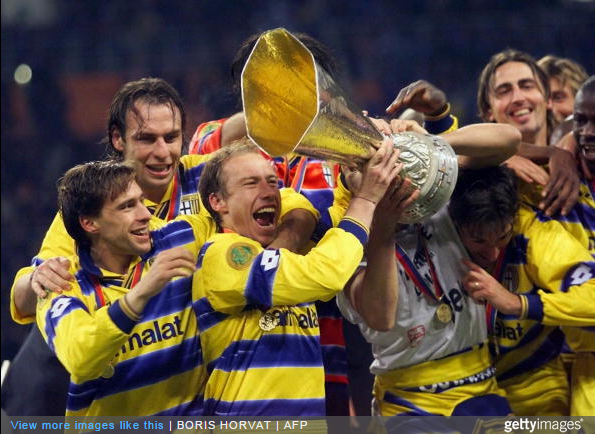 With the club now short of having two Euros to rub together, Parma have begun selling off the contents of their trophy cabinet in a desperate attempt to raise funds.

Indeed, Parma have put eight trophies up for sale including their 1995 and 1999 UEFA Cups as they struggle to clear their spiralling €200million debt.

This coming after the club have already been forced to flog their dressing room benches to raise a little quick cash. Times is tough.

Due to their crippling financial plight, the Gialloblu have effectively been liquidated and relegated down to Serie D, where they have reformed as Parma Calcio 1913.

Thankfully, former Chelsea defender Mario Melchiot was on hand to lighten the mood…

Banter, it really is the best medicine.