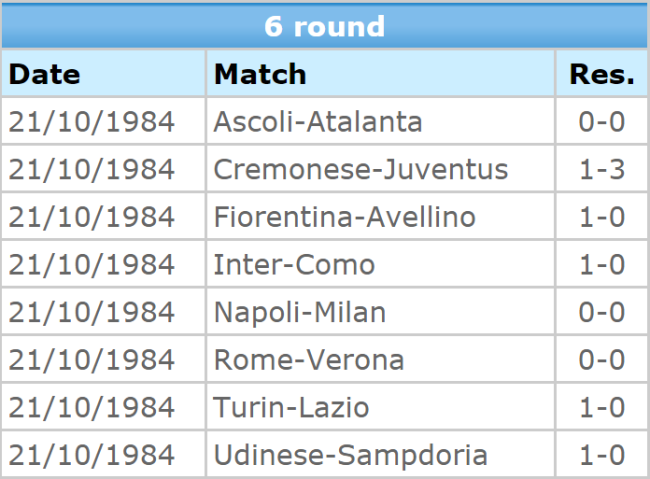 We all know that a lack of goals doesn’t necessarily mean a lack of excitement, but still 21st October 1984 proved to be quite possibly the dullest game in Serie A history.

Imagine the sheer overdose of unbridled joy that broke out after the Cremonese-Juventus game, which not only produced an exotic away win, but also more goals than all the other fixtures put together – with the Old Lady running out 3-1 winners thanks to an inspirational performance by Michel Platini.

At least somebody was on song that day.