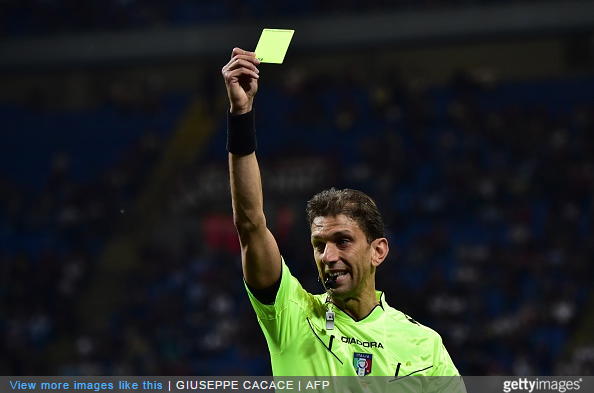 An Italian referee, for illustrative purposes only

An Italian referee has been suspended after he saw fit to abandon a recent Under-14s game when one team went 31-0 up with less than an hour played.

When away side Persiceto 85 stroked home their 31st unanswered goal against hosts Ponte Ronca, the 20-year-old official brought the game to a premature end after (quite rightly, you could argue) concluding that it was just too one-sided.

The decision to abandon the fixture was reportedly made after consulting the managers of both teams, but even still the Bologna wing of the Italian Referees’ Association (AIA) took umbrage at the referee’s call, saying that he breached the rules and therefore must be suspended in order to learn his lesson.

We understand his decision, but the rules must be followed.

This suspension is not a punishment, but it is intended as a stimulus for him to do better in future.

It’s a break for reflection which will be useful for him to grow.

As for poor old Ponte Rica, it looks as though they’re going to have to go through all that embarrassment again, with the AIA declaring that the game must be played all over again, and this time to its full conclusion.