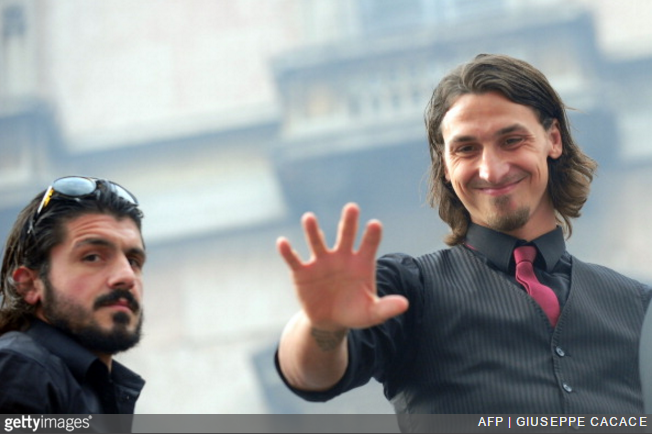 Everywhere Zlatan Ibrahimovic goes, people are almost certain to get manhandled and dumped in things. It’s a truism. A law of nature.

Indeed, Thiago Silva has been reminiscing about his time at AC Milan, specifically about playing alongside current PSG teammate Ibrahimovic for the first time.

The Brazilian centre-half relayed a smashing anecdote in which, true to form, Zlatan exacted revenge of Gennaro Gatusso in typical fashion after the latter had spent an entire training session getting the former’s dander up.

The protagonist of this story is Zlatan Ibrahimovic. One day, during a training session, Gattuso spent all morning teasing Zlatan.

He was provoking him, and Zlatan took it without apparently saying anything. In fact his revenge would come soon after.

Rino and Zlatan met again in the dressing room after training, and Ibra lifted the entire weight of his team-mate, flipped him over and threw him in the bin!

It was crazy, we all started laughing thinking about Gattuso’s face. I swear, I couldn’t stop laughing for a week!

Just taking out the trash, Zlatan-style.