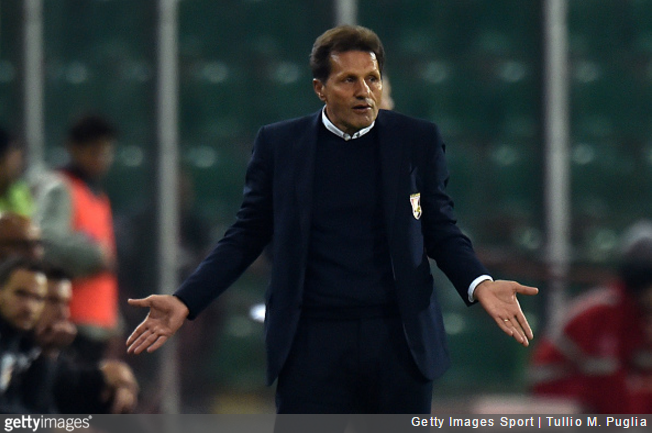 Attempting to keep abreast of Palermo’s managerial situation is something akin to plaiting smoke, but we’re going to try and bring you up to speed here.

Novellino took charge in March, amassed one point from four games and was duly terminated on Monday, clearing the way for Zamparini to make his ninth managerial change of what is proving to be a particularly tumultuous season, even by his ridiculous standards.

Just for the record, Novellino’s dismissal was the 36th managerial change Zamparini has made in the 14 years he has owned the club.

According to Football Italia, the man being lined up to take over from Novellino is none other than Beppe Iachini, who has already been sacked as Palermo coach three times this campaign.

Indeed, Iachini was the very man who was canned to make way for Novellino at the beginning of last month.

The other name reported to be in the frame is Davide Ballardini, who was sacked as Palermo coach in January after falling out with club captain Stefano Sorrentino and losing the dressing room to the extent that he refused to talk to his players.

Ballardini, it should be noted, was previously in charge for three days in November before Zamparini had a characteristic change of heart and sacked him in order to re-hire – you guessed it – Beppe Iachini!