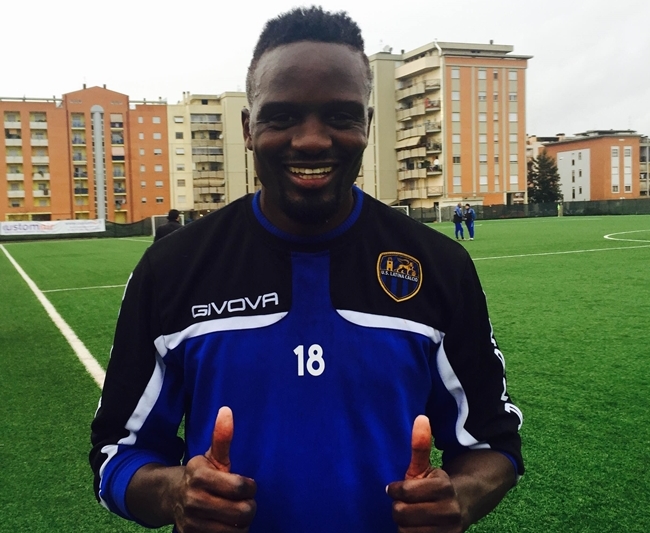 There’s an outside chance you may already be semi-familiar with McDonald Mariga, what with him being a bit of a hot prospect several years ago.

Playing for Parma at the time, it was reported that Man City had a €10million bid knocked back for the then-22-year-old midfielder in 2010, who went on to join Inter Milan instead.

Since then, it’s been a gradual fade into relative obscurity for Mariga who, after failing to establish himself at Inter, is now plying his trade in Serie B with Latina.

The latest news is that the Kenyan international has been slapped with a hefty five-match ban after a bizarre incident in the second half of Latina’s game against Virtus Entella at the weekend.

Mariga was sent-off but before leaving the pitch, he offered a hand-shake to the referee and proceeded to squeeze it so hard that it caused an abrasion, drawing blood.

According to the Disciplinary Commission’s report, Mariga also continued to heap insults on to the official as he clamped down on his hand.

And so the slide continues…