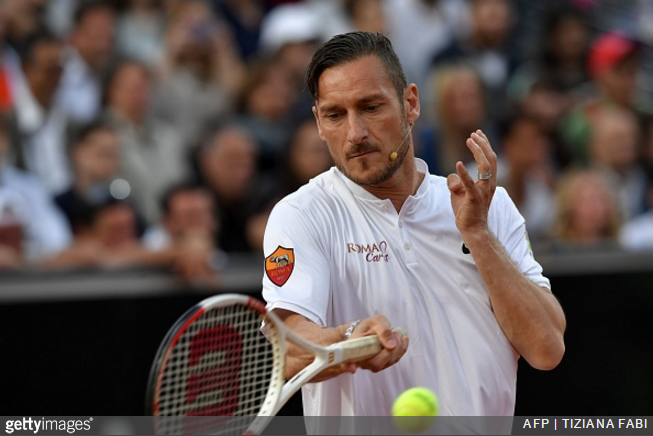 There was a time, not so very long ago, when it looked for all the world like Francesco Totti was saying his goodbyes at Roma.

Unfancied by coach Luciano Spaletti, it seemed like Totti would be spending the entirety of his long farewell hunched sourly in the back row of the Giallorossi dugout.

However, since mid-April, the 39-year-old icon has found fresh impetus, scoring four goals (including a match-winning brace in Roma’s dramatic victory over Torino and an important late equaliser against Atalanta shortly thereafter) and pitching in with two assists over the course of his last six appearances.

Now, having proved to Spaletti that he’s still more than capable of making a difference, it’s being mooted that Roma are preparing to hand their wizened old Gladiator another one-year contract for 2016/17, thus taking him beyond his 40th birthday.

According to Gazzetta dello Sport, Roma president James Pallotta will announce Totti’s renewal at the end of May, when he arrives back in Italy.

Totti will earn €1.1million for the year, with a seven-year deal to sign on as a club director also reported to be on the cards too.

It’s really all the man deserves for his decades of loyal service, no?