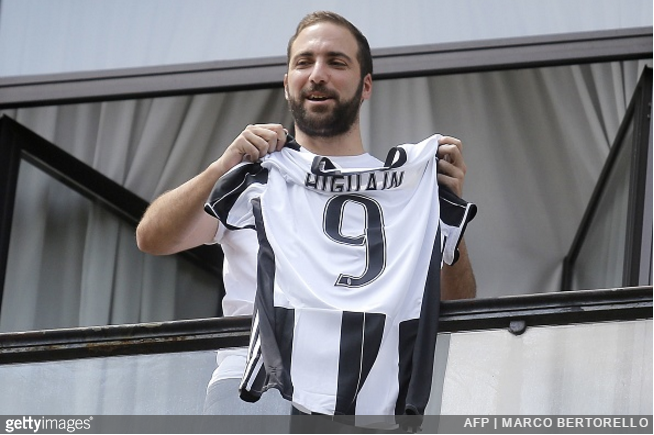 It’s fairly safe to posit that many Napoli fans weren’t best pleased when Gonzalo Higuain decided to up sticks and leave for Juventus last month.

Despite the fact their club reaped a princely/berserk fee of €90million from the transaction, it didn’t stop Napoli fans from taking to the street to burn their Higuain shirts and stuff them down toilets in reaction to the unforgivable treachery that had just befallen them.

Now, several weeks on down the line, Higuain himself is hoping that the burning, boiling ire has died down sufficiently for him to have one last desperate stab at appeasing the Neapolitan fans he so wantonly jilted.

Posting on Instagram, the Argentinian striker had a go at the old “we can still be friends” schtick, once again thanking the people of the Partenopei for their continued support…

Here’s the translation of Higuain’s message, as per the good folk over at Football Italia:

We’ll be fighting for the same objective, but on different sides.

Tomorrow a new adventure officially begins for me, with a new team and new fans who have been very affectionate with me.

Seeing as from tomorrow we’ll be fighting for the same objective but on different sides, I want to once again salute and thank the Napoli fans who celebrated with me in my three years in Naples and who supported me with great affection.

I will not forget you, thank you for everything!

Indeed, the final sentence of Football Italia’s report on the matter was fairly telling…

They weren’t fibbing either. Here is but a small sample…

‘Ecky thump. Despite his best efforts, Pipita is going to get booed out of the building the first time Juve come up against Napoli at the San Paolo, which incidentally is 2nd April, 2017.

There’s one to mark in your diary.