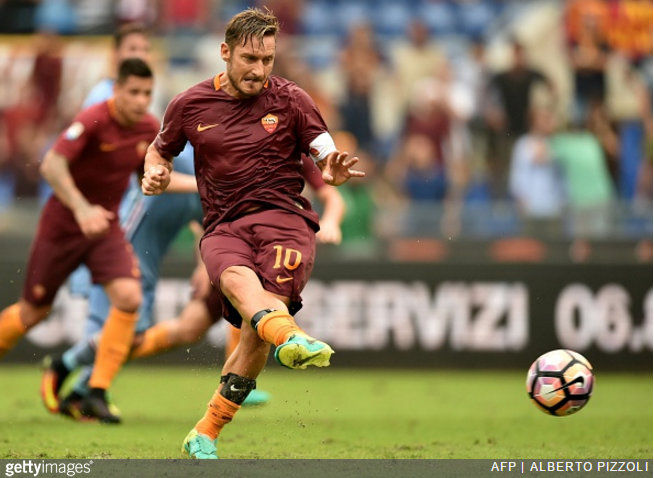 Francesco Totti came off the bench to score a 93rd-minute winner for Roma in their rain-saturated win over Sampdoria on Sunday afternoon.

The game had to be temporarily suspended for over an hour at half-time due to the torrential downpour that engulfed the Stadio Olimpico, temporarily turning the place into an outdoor swimming pool.

Incredible rain continues at the Olimpico. The pitch looks like a lake! #RomaSamp pic.twitter.com/6q50ilwxqC

Once the deluge subsided, Totti entered the fray for the first time this season and promptly went on to pop away a penalty in injury time, thus continuing his astounding record of having scored in every Serie A campaign since 1994/95.

To put that in some kind of perspective, Gianluigi Buffon didn’t make his debut until the following season.

So that’s five goals in the last 162 minutes of league action for Old Man Totti.

Not bad for a fossil!