Sky Italia have suspended Paolo Di Canio from his role as a pundit after the much-traveled former player revealed his Mussolini-revering tattoo live on air.

The 48-year-old Italian, who played for Sheffield Wednesday, West Ham and Charlton in England as well as managing Swindon and Sunderland, has got himself into hot water before due to his apparent fascist tendencies.

Back in 2005, the ‘colourful’ striker was fined by Lazio for making a fascist salute for the third time in a year during the Rome derby.

Not surprisingly, the station was inundated with complaints from viewers. 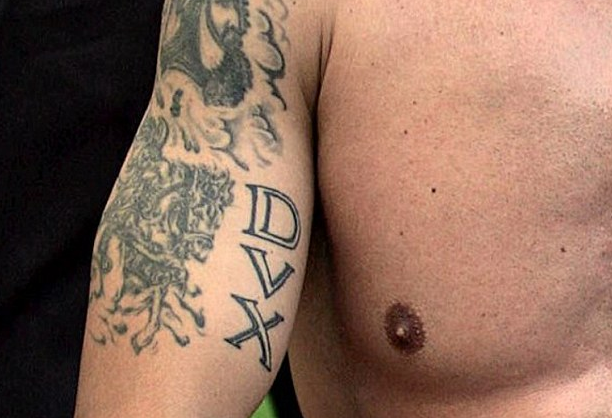 After speaking at length to Di Canio, and despite his professionalism and his expertise regarding football, we have decided together to suspend the partnership.

Di Canio has, in the past, tried to distance himself from any fascist movements in Italy. However, a Mussolini tattoo and a suspension for a fascist salute at a football match don’t really strengthen his case, do they?