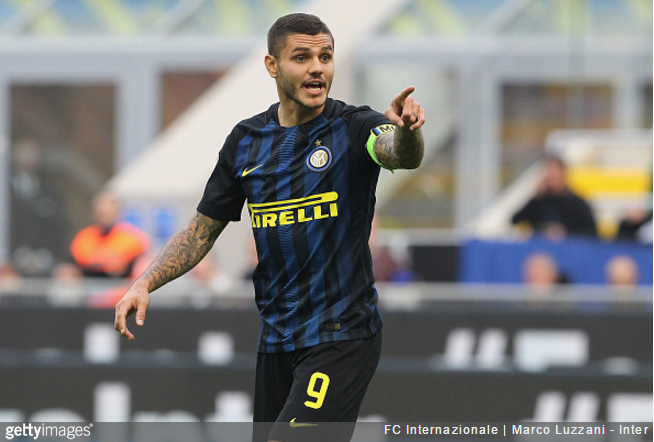 The author of Mauro Icardi’s autobiography has said that he is planning to “reprint” the book after controversial passages from the Inter Milan captain’s tome sparked a spiteful fan revolt.

Speaking in the book, Icardi referenced an altercation with the Inter ultras after an away game against Sassuolo in 2015. He then vowed to see just how tough his adversaries were by bringing “200 Argentinian criminals” over to Italy to kill the fans “where they stand.”

Understandably, the Curva Nord ultras didn’t take kindly to the death threats and promptly set about protesting Icardi’s position at the club with the usual hostile salvo of banners and booing.

Now, Paolo Fontanesi, author of Icardi’s book ‘Sempre Avanti’, has promised to talk to the 23-year-old forward about revising the part where he vows to murder everybody.

The book will be reprinted, for which I still need to meet with Icardi.

We will try to understand the parts that he wants to remove which have been agreed with the club.

Mauro will take advantage in this reprint in order to say new things; it will not just be a case of removing a page, there will be some modified parts and the player will take the opportunity to put forward what happened.

He will explain that it is something that happened in the past and he rightly takes responsibility for what he said. I have told him to say how the situation has changed now, how it is different.

The biographer also added that he hopes that the volatile rift between Icard and the ultras will be resolved – with a timely goal or two likely to go a long way towards smoothing things over.

I do not know how it will go, I hope he makes peace with the Curva.

I believe that everything will work out as it did last night because despite Icardi not scoring, Inter managed to win.

If Inter come back to winning ways, I think all will be happy and things will eventually heal.