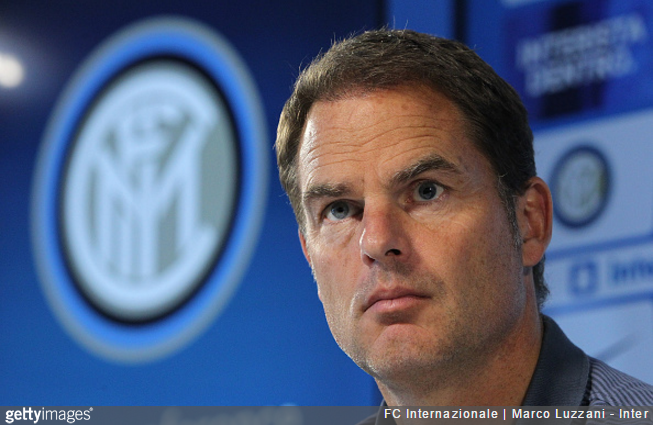 Just as the prophecy foretold, Frank de Boer has been sacked as Inter Milan coach for failing to arrest the continued slide into abject mediocrity of one of European football’s most bulbous fallen giants in the space of 14 matches.

The Dutchman was given 85 days to plug the dam. He managed just four league victories in that time.

A 1-0 defeat against Sampdoria on Sunday left Inter languishing down in 12th place in Serie A, already 13 points behind leaders Juventus with just 11 games played.

In short, the entire club is in disarray and while De Boer’s truncated reign was largely disastrous, his reputation is unlikely to suffer unduly.

Perhaps it’s time to give Sam Allardici his long-overdue shot at the Nerazzurri?