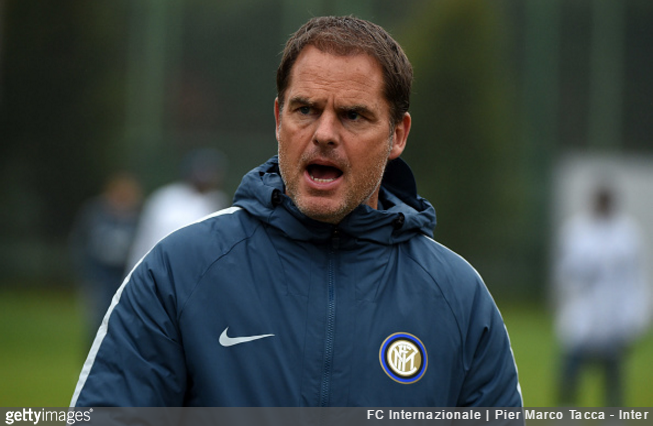 As was almost inevitable, Inter Milan sacked Frank de Boer as their head coach yesterday after the Dutchman failed to completely restore one of European football’s most preeminent sinking ships back to its former glory in the space of 85 days.

After the announcement was made, De Boer issued a brief statement lamenting the fact that he wasn’t given more time to see his project through to completion.

Sadly, Inter’s Chinese owners – who reportedly dismissed the 46-year-old over Skype – ordained that 14 games was more than enough to get the job done.

Now, speaking in the wake of his compatriot’s sacking, one former Ajax employee has delivered an incredibly poetic/scathing assessment of the Nerazzurri’s predicament.

While discussing De Boer’s departure, David Endt (a Dutch journalist who played for Ajax reserves in the 1970s before working as part of the club’s media department for over 15 years between 1997 and 2013) likened the once-great Italian side to a “prostitute”.

Inter looks like a beautiful diva dressed in blue and black, but in reality she is nothing more than a prostitute.

From the beginning it was clear that Frank de Boer, because of his Dutch lineage, wouldn’t have much chance.

I contacted Frank and I warned him against the madness of the Inter world. Unfortunately his ambition was too great.

Inter is a huge name in football, and if you have the chance to work for such a club the temptation is huge, I understand.

Frank was called by Inter to create a winning team, and he was appointed on the back of what he did at Ajax.

The pre-season training was done by Roberto Mancini, who then left. It was normal then, that if the results didn’t come people would blame Frank.

He, however, will come out of this better from every point of view. This will be an important lesson for him.

Everyone in football knows this was an impossible task.

It’s true. Inter’s kit really is a thing of beauty this season.

It’s just unfortunate that it’s being worn by a corral of mediocre nearly-men.