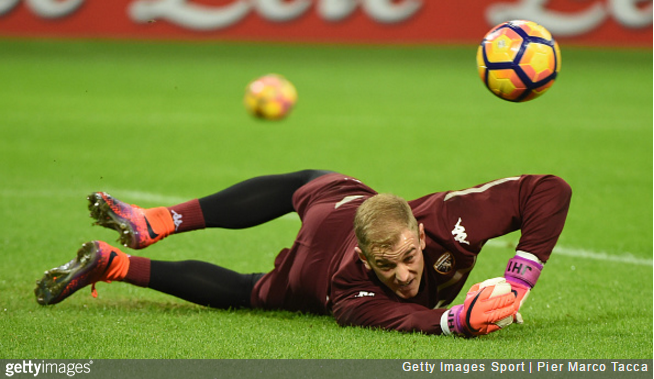 Having joined Torino on loan amid something of a maelstrom back in August, it looks very much as though Joe Hart has settled quickly

Talking in an interview with La Stampa ahead of the Turin derby, Hart discussed his first few months on Italian soil as well as the peculiar circumstances which resulted in him ending up playing his football (at least temporarily) in Serie A.

If I’m honest, it all happened very quickly and I did not have too many options, but I am very grateful to Toro because it gave me a solid opportunity.

I grew up watching Italian football on television, I had been to Turin before and it always seemed intriguing.

When asked about his relationship with Man City manager Pep Guardiola, Hart opted for the diplomatic response:

Some feelings are not suited to professional issues, but the fact that I am here means there were no possible solutions.

And I want to enjoy this season at Toro. I’m not thinking about the future.

Hart was then quizzed about his overall knowledge of Torino prior to his arrival.

[The club’s] history, the grandeur of the past and that was it. Then I took it all in, I realised that Superga (the tragic air disaster that killed every member of Torino’s famous post-war side) is a living memory even if the team were successful in the 1940s.

Asked how difficult it was for an Englishman to assimilate himself into an Italian team, Hart said:

I know Italians who have perfectly integrated into the Premier League and personally I have not raised the issue.

It’s up to me, not those who came before me.

Hart was then pressed for his “secret formula” having taken less than three months to acquire “fan-favourite” status with the Curva at Torino:

I am very grateful to the fans because they spend money and time to come and see and try to give back, to show that they are part of the team.

I work for them.

Rather touchingly, Hart chucked in an anecdote about his first England appearance at Wembley (against Malta in early October) after he first sealed his move to Torino.

It was crazy! I heard my name but I was not expecting that accent. I turned around quickly and there was this group of fans, all waving Torino scarves.

Aww. Isn’t it nice to hear Our Joe sounding so content with his lot in life.