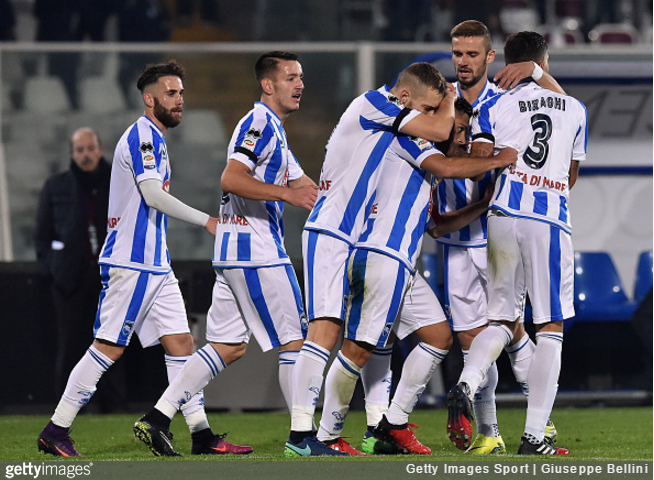 With the club currently second-bottom of Serie A, the Pescara players gathered in the Italian city on Monday evening for a morale-boosting Christmas meal.

However, the night quickly devolved into chaos when the party was interrupted by a horde of angry Ultras, who obviously felt that their struggling team had no grounds for merriment of any description.

Pescara are currently two points above bottom side Palermo, with their only league win being awarded as opponents Sassuolo fielded an ineligible player.

Stationed outside the restaurant in the Porto Turistico area, the Ultras reportedly chanted at the team, even approaching coach Massimo Oddo and shouting “there’s nothing to celebrate with this team… boycott the dinner!”

According to Football Italia, the fans protested the party from the off, subjecting every player that arrived to vociferous insults before vandalising several of their cars.

When smoke grenades and fireworks began to be hurled about in the streets, the police were called in to disperse the increasingly hostile crowd.