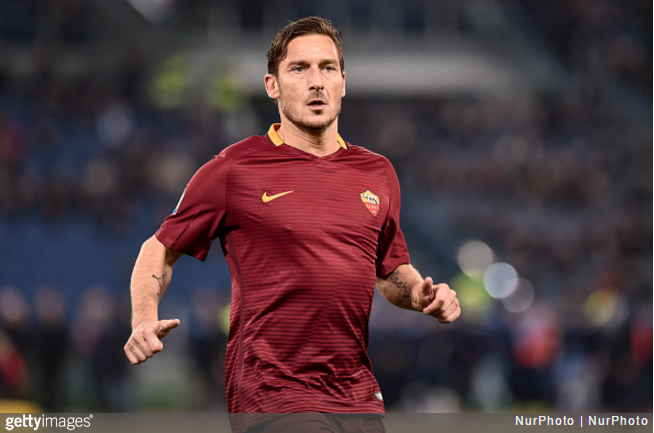 Francesco Totti has reportedly been offered a six-year contract to stay on at Roma as a club director.

The Giallorossi legend turned 40 at the start of the season, scoring thrice in his 20 appearances so far in what is his 24th tour of duty with his one and only club.

However, it would appear Roma are now keen to shift the veteran ‘upstairs’ come next season, with president James Pallotta quoted as telling Gazzetta dello Sport:

We’ve not spoken [about his playing future] but Francesco has a six-year contract as a director.

Honestly, given Totti’s bit-part inclusion this campaign, it feels like the right thing to do – reward the man’s years of fiercely loyal service with a fittingly plush non-executive role.

They couldn’t hope to employ a better ambassador.