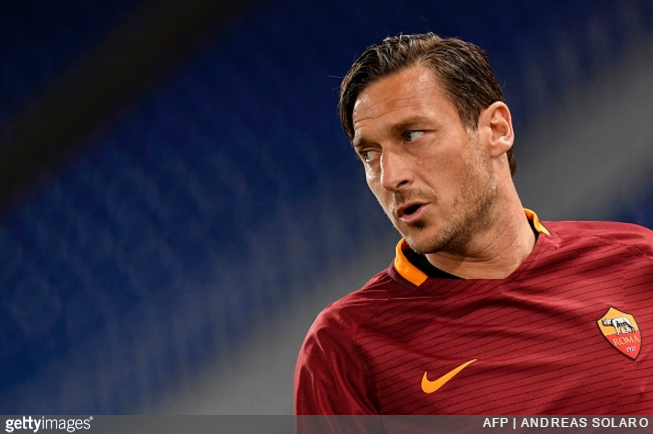 It’s been announced that, at the grand old age of 40, Roma icon Francesco Totti will be bowing out at the end of the current season.

The news was broken, perhaps prematurely, by the Giallorossi’s freshly-hired sporting director Ramon ‘Monchi’ Rodriguez, who spake thus while discussing his new job:

In terms of Totti, I already knew that there was an agreement with the club that this would be his final year as a player, then he’d start as a director.

Francesco is Roma. I want to be as close to him as possible. I’d love to learn even one per cent of the huge amount that he knows.

And so, it looks like the cat has been let out of the proverbial bag, not that it took a wild leap of imagination.

Totti has made one Serie A start so far this season, making just 15 appearances overall in what has felt increasingly like a parade lap.

Since his senior debut in 1993, the man they call ‘Il Gladiatore’ has spent all 25 years of his professional career at Roma, scoring 307 goals in close to 800 appearances and winning one Scudetto and two Coppa Italias along the way.

Asked recently about his comparative lack of trophies, Totti replied: “It is true that I could have won more trophies elsewhere, but my greatest triumph is my loyalty to Roma.”

That probably says it all, but if you only understand one thing about the man, then know this: If these three idiots thought he was bobbins, then he must have been doing something right…