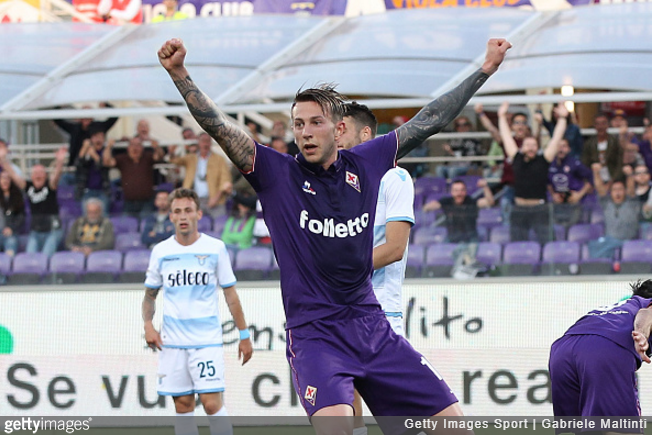 Word on the calcio wire is that Federico Bernardeschi is mere days away from completing his big move to Juventus, having enjoyed a breakthrough season at Fiorentina last season.

Bernardeschi first joined the Viola as a kid in 2003. Now aged 23, the winger scored an impressive 17 goals in 48 appearances last season, reportedly bumping his asking price up to around the €50million mark.

However, the promise of a vast windfall hasn’t served to lessen the ire of some Viola fans, who have worked themselves up into a frothy lather at the thought of surrendering one of their brightest talents to the Bianconeri.

Of course, in time-honoured fashion, this anger manifested itself in a strongly-worded banner, seen draped in the streets of Florence at the weekend… 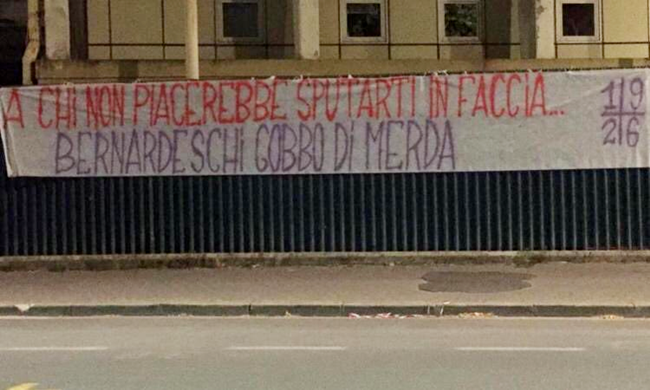 The banner was snapped by Italian football specialist Adam Digby, who translates it thus:

Who wouldn’t like to spit you in your face… Bernardeschi, you shitty hunchback.

There is nothing in this world as cutting as a crude banner made by jilted Italian football fans.

We’re reliably informed that ‘gobbi’ (hunchback) is a pejorative term used by supporters of rival clubs to refer to Juve, which dates back to the 1950s – specifically when their shirts used to billow as the players ran, making them all look like Quasimodo in full flight.