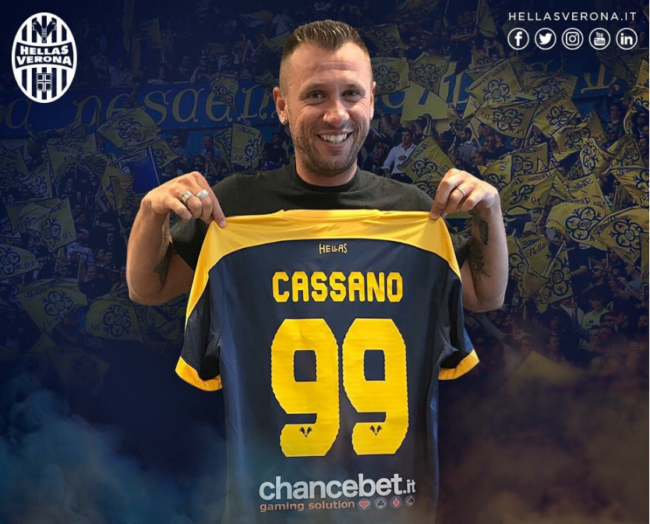 Antonio Cassano is to officially announce that, as of this afternoon, he is retiring from professional football.

This presumably comes as quite a shock to his club, Hellas Verona, who only signed the 35-year-old striker eight days ago.

The secret’s in the timing.

As per Gazzetta dello Sport‘s understanding, Cassano has called a press conference for 3pm at which he will formally call time on his long and meandering career.

The veteran signed for Hellas on 11th July and even turned out in both of their first two pre-season friendlies, but has since decided to retire for “personal reasons” – specifically that he’s homesick and missing his family.

Given that it’s Fantantonio we’re talking about here, it’s perhaps only fitting that he goes out amid a cloud of confusion.