If football is good for one thing, it’s chucking up weird statistical anomalies and fabulous little anachronistic quirks.

Take Gianluigi Buffon for example. Having made his move to PSG official on Monday, the 40-year-old ‘keeper duly took part in his first training session with the Ligue 1 champions.

The Italian was photographed standing next to new teammate Timothy Weah, who just so happens to be the teenage son of George…

Rather astoundingly, George Weah was actually on the pitch when Buffon was thrust into the Parma first team for the very first time in 1995.

Then aged just 17, Buffon made his debut in what proved to be a goalless draw against Weah’s Milan, who would eventually go on to seal the Serie A title. 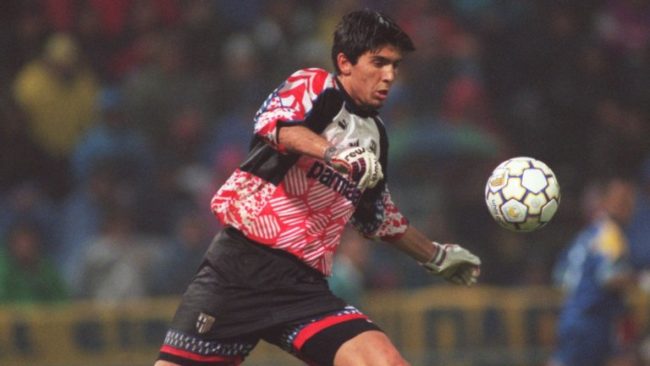 Now, over 20 years on down the line, the veteran stopper counts Weah’s 18-year-old son as a colleague.