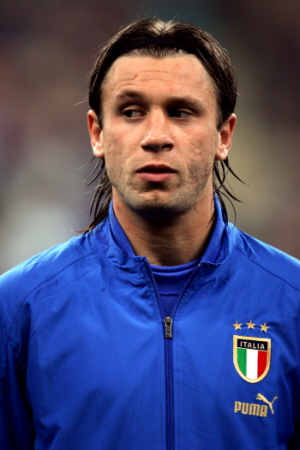 Sampdoria want to give Antonio Cassano the boot after he reportedly insulted their president.

According to Italy’s news agency Ansa, Samp have filed a request to the Lega Calcio to rescind the striker’s contract – which runs until June 2013 – on the grounds of insubordination.

Cassano was dropped from the squad last month following a dispute with Riccardo Garrone, during which the player allegedly called Samp’s president “an old shit”. Classic Cassano – he later apologised in a TV interview but the sorry came too late, apparently.

Garrone admitted that the Cassano bust-up has been a major disappointment as he has staked his reputation on the player being a changed man. Oops.

“Obviously Cassano is the best and without him, our team loses a lot,” said Garrone.

“But we will move forward with our decision.”

So much for the rebirth of Cassano. Leopards and spots, eh.