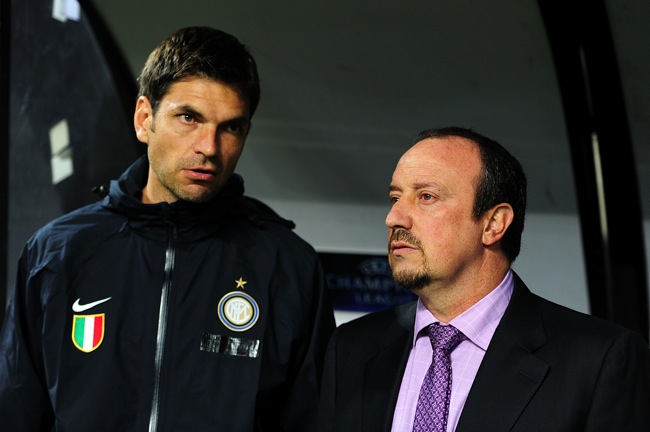 Your taxi is waiting, Il Gaffer

Before Inter lost to Chievo this weekend, the word on Serie A Street was that Rafa Benitez had two games to save his job. Then Inter went and lost 2-1 to Chievo (a match graced by a Samuel Eto’o headbutt).

So, using my shaky grasp of even basic maths, this tells us that Rafa is only one game away from an ingnominous sacking less than halfway through his first season in charge of the European champions. Kwality.

“The Spaniard is only 13 league games into his tenure at Inter but already the numbers are stacking up against him. The winless sequence is the worst the club have endured since 2004 and has seen last season’s treble winners slip to sixth, nine points behind the leaders, Milan.

“Fourteen goals in 13 games is their lowest tally this far since 1994 and 18 fewer than they had at the corresponding point last season. No less than eight of those goals have come from Eto’o, who will now face at least a three-game suspension.”

This is no surprise. Of all the tasks in football, following immediately in the footsteps of treble-winning Jose Mourinho must be one of the toughest gigs going.

For the record, Inter’s next game, a must-win for Rafa, is at home against Twente in the Champions League on Wednesday. Twente have impressed me this season – in Europe anyway – and it’s no gimme for the Milanese side.