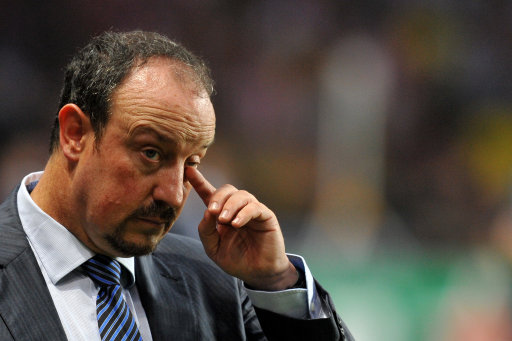 Inter Milan have issued a statement confirming that, after a few days of limbo, Rafa Benitez has officially been relieved of his duties at the Guiseppe Meazza after the two parties finally reached an agreement over the financial terms of the Spaniard’s dismissal.

Inter posted the following article on their website this afternoon:

“Inter Milan and Rafael Benitez can announce that they have reached a mutually satisfactory agreement for the early termination of his contract.

“Inter thank Rafael Benitez for his work in leading his team to success in the Italian Super Cup and the FIFA Club World Cup.”

Benitez is understood to have agreed a €5.5 million pay-off with Inter owner Massimo Moratti which, when coupled with the £4 million odd he received as a result of being prematurely canned by Liverpool in June, suddenly makes a career as a middling, ill-fated manager seem like a very tempting prospect indeed.

Rafa back to Liverpool, Woy back to Fulham, Sparky back to Blackburn, Big Sam to finally fulfil his destiny at Inter? Just a thought.