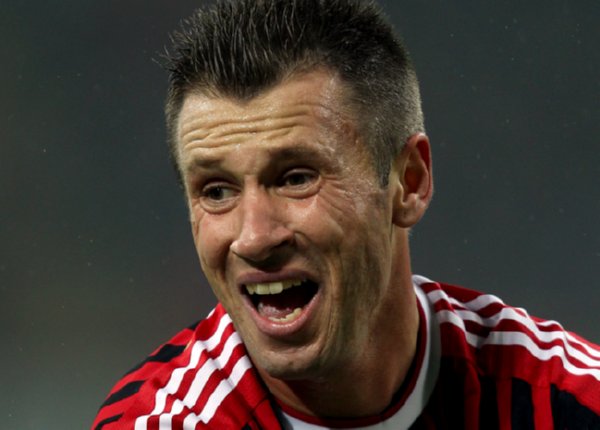 I must admit that it was news to me, but apparently Antonio Cassano has been in hospital after suffering a stroke ( according to initial reports) after Milan’s 3-2 victory over Roma on Saturday.

Cassano developed problems with his vision, speech and co-ordination after the match which was reported by the Italian news agency Ansa as a stroke, with doctors at the Milan Polyclinic reported to have diagnosed it as a mild Transient Ischemic Attack or a ‘mini-stroke’.

However, Milan themselves have been quick to put the kibosh on the Italian media’s amateur hour self-diagnosis:

“AC Milan inform that the news in circulation containing a hypothetical diagnosis on Antonio Cassano’s state of health cannot be considered true as it does not come from an accredited medical source.

“We underline that Antonio Cassano is in a phase of marked improvement and in the next few days will undergo further medical examinations.”

Milan are due to play BATE Borisov in the Champions League tonight, with coach Massimiliano Allegri vowing that his side will be ‘playing for Antonio’, though from what I’ve read it sounds as though he’s on the mend with Gazzetto dello Sport reporting this morning that Cassano is ‘walking, talking and alert’.