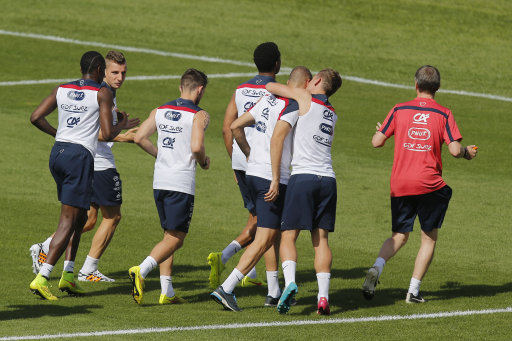 While Jogi Loew’s German squad are apparently battling a flu bug which is spreading through the squad, Germany’s last eight opponents France seem to be in fine spirits ahead of the monumental clash on Friday.

During training, Paul Pogba, Yohan Cabaye and Olivier Giroud decided to have a game of ‘who can score from behind the goal’, with some impressive back-spinny results…