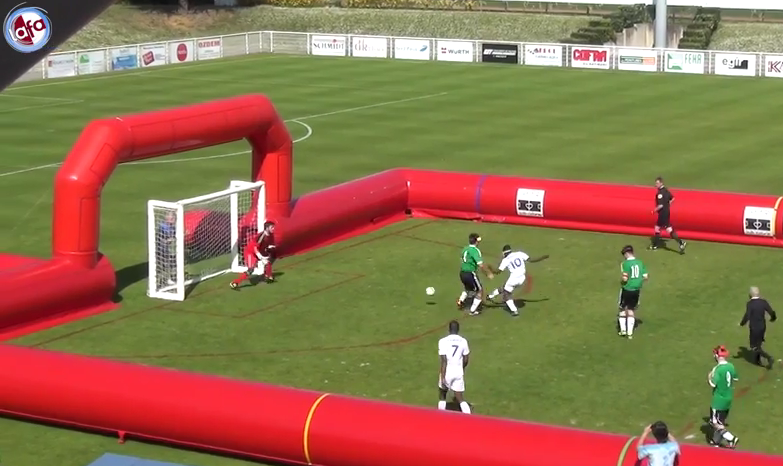 Wouandji, 21, took the ball off his ‘keeper on the edge of his own box and left three German defenders for dead as he weaved his way up the pitch before pinging a smart shot into the bottom corner.

His celebration wasn’t too shabby either, with a swan dive into the inflatable pitch wall following shortly thereafter!