It took Angel Di Maria just 18 minutes to make his mark on Ligue 1 on Sunday night. PSG’s £44.3m summer-signing produced a magnificent pass to set up  Ezequiel Lavezzi as the Parisians kept alive their perfect start to the new season with a 3-0 win away at Monaco. 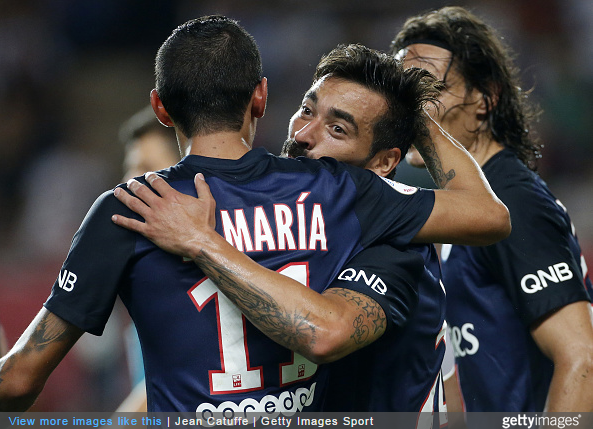 With the score at 2-0, courtesy of a brace from Edinson Cavani, second-half sub Di Maria picked up the ball in his own half before playing a perfectly weighted long pass to Lavezzi, who fired home..

Di Maria with a superb assist on his PSG debut http://t.co/bFRet4TbBU

Not a bad start for the former Man Utd man!