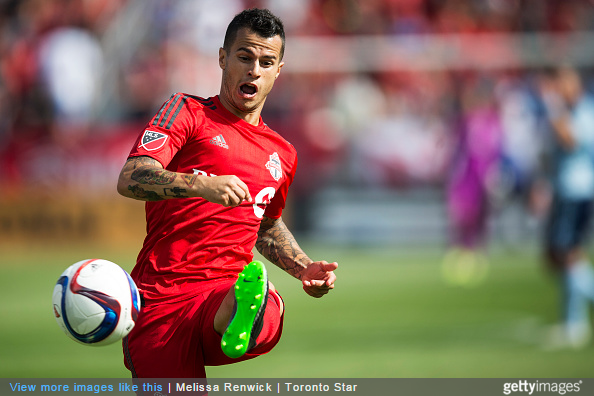 Just 24 hours after playing for Italy in their Euro 2016 qualifier against Norway, Sebastian Giovinco flew back to Canada and promptly came off the bench to score what proved to be the winning goal against New York Red Bulls as Toronto FC claimed their first ever MLS play-off spot.

With Toronto already 1-0 up through Herculez Gomez, Giovinco added a second with ten minutes left to play when we slalomed his way in from the left wing, shimmied past a couple of Red Bulls defenders and then swiped a left-footed shot inside the right-hand post…

What a time to be alive!! pic.twitter.com/JrJEyTUXY3

Shaun Wright-Phillips pulled one back for Red Bulls in the last couple of minutes but Toronto held on to book themselves a berth in the 2015 play-offs for the very first time in their nine-year existence.

As for Giovinco himself, that’s 22 goals and 12 assists in 31 games for Toronto in MLS this season.

We don’t think it’s too much of a stretch to suggest that he’s probably got the MVP award cinched up.