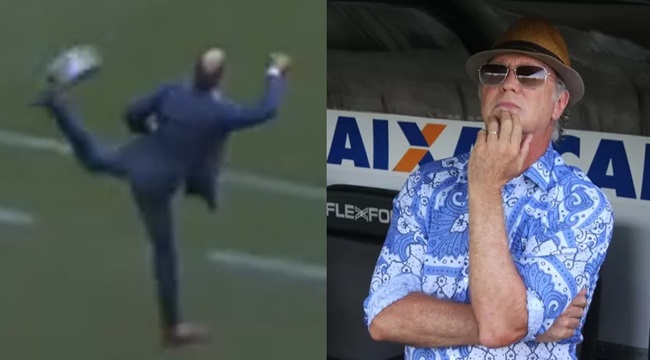 He may be 62 going on 63, but former Brazil international Falcao showed he still boasts a bloody impressive range of movement during a recent Campeonato Pernambucano encounter.

Watching his Sport Recife side in action against Nautico at the weekend, Falcao suddenly found himself directly underneath a misplaced long ball that was pinged out of play.

Without so much as a second thought, the middle-aged magician flicked up a leg and pulled the ball out of the sky with a spidery first touch…