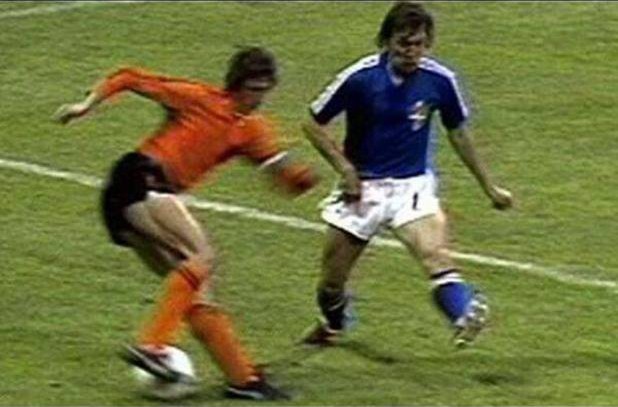 Despite forging himself an 18-year career as a perfectly serviceable full-back at club and international level, Swedish defender Jan Olsson is a man who is largely remember for one thing and one thing only.

Alas, it was poor Olsson who just so happened to find himself on the receiving end of the most iconic piece of football chicanery: The Cruyff Turn.

Holland were playing Sweden in the group stages of the 1974 World Cup and 53,7000 fans inside the Westfalenstadion bore witness as Cruyff left Olsson with his undercrackers pulled down around his ankles with the most famous rendition of his signature blood-twister.

Not that Olsson bears any grudges. Indeed, with his chief tormentor passing away yesterday, the Swede was among the first to pay tribute, insisting that it was an honour to be bamboozled by Cruyff in Dortmund and that it is a memory he will always cherish, no matter how embarrassing.

Olsson has spoken of his unflinching admiration on many occasions for Cruyff before, but the 73-year-old was moved to pen a special column in The Times after hearing the sad news about his old Dutch adversary’s death on Thursday… 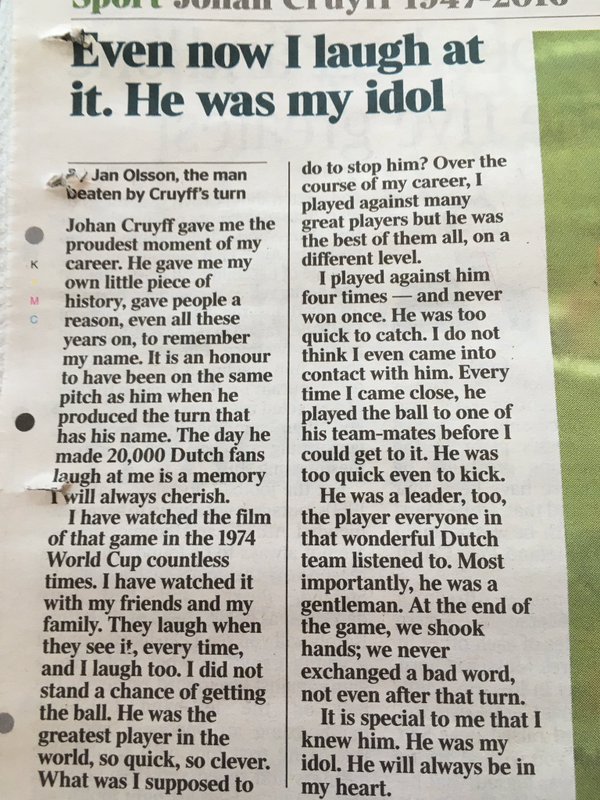 Lovely stuff. So warm and genuine. No hard feelings at all.

Sometimes you’ve just got to hold your hands up and admit you were beaten by the best.