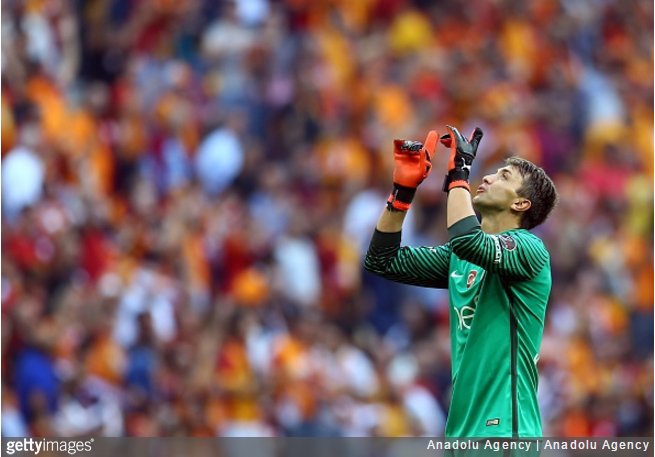 Lukas Podolski weighed in with a couple of goals as Galatasaray comfortably saw off Antalyaspor in the Turkish Super Lig on Sunday afternoon.

However, it was a piece of maverick trickery from Gala goalkeeper Fernando Muslera that proved to be the highlight of the game.

Rampaging up the pitch to sweep up a long ball over the top, Muslera burst away from one striker before swiftly reducing a second to a quivering puddle with a daring body-swerve.

Oh, and it just so happened that the second player was none other than Samuel Eto’o…

Here, allow us to furnish you with a closer look…

No wonder Muslera was left thanking his lucky stars (see photo above) after that little escapade.

Talk about going out on a limb!