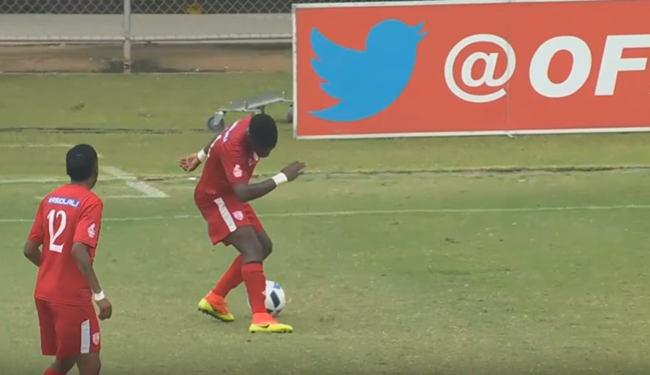 Just when you think football has reached it’s vacuous nadir with the Wembley ‘dab cam’, you witness two players actually going out of their way to toss out a couple of ‘dabs’ mid-match – not as goal celebrations, but during actual, proper open play.

It’s as cringe-inducing as it sounds…

They’ve done it. They’ve actually gone and found something even more pointless than the ‘no-look pass’.

Of course, there is a culture of show-boating in South African football that the locals revel in and refer to as “Kasi flavour”.