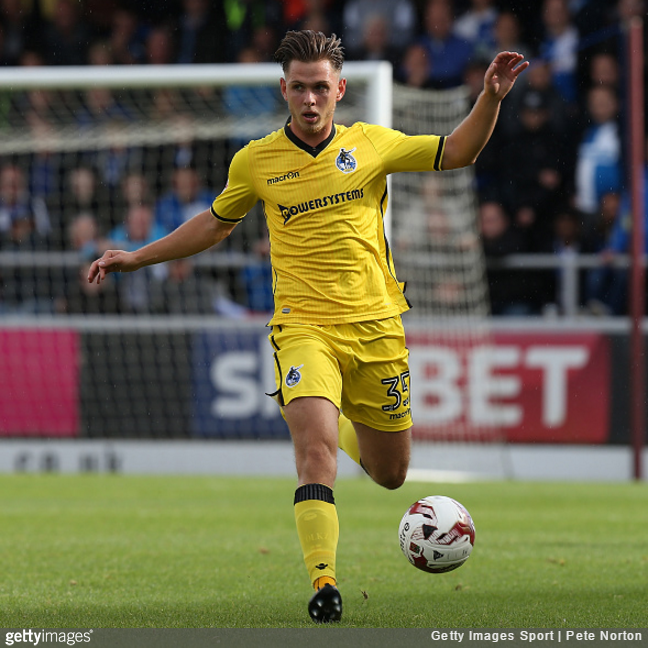 Despite finding themselves 3-1 down with just a couple of minutes left to play, Bristol Rovers tussled their way back to claim a dramatic 3-3 draw against MK Dons in midweek.

However, Rovers came away with the aesthetic victory, largely thanks to an exquisite little touch from midfielder Charlie Colkett in the build up to Matt Taylor’s 87th minute goal.

With his back to goal on the edge of the area, 20-year-old Colkett squeezed a dropping ball through a ball-sized gap in the Dons’ defence with a deft back-heel volley to play in Jake Clarke-Salter, who duly squared it for Taylor to tap home…

Nice. Very nice – and just one minute later, Taylor popped up again to complete his hat-trick and restore parity.

For the record, Colkett is actually one of Chelsea’s vast phalanx of loanees having previously played a central role in their all-conquering youth team.