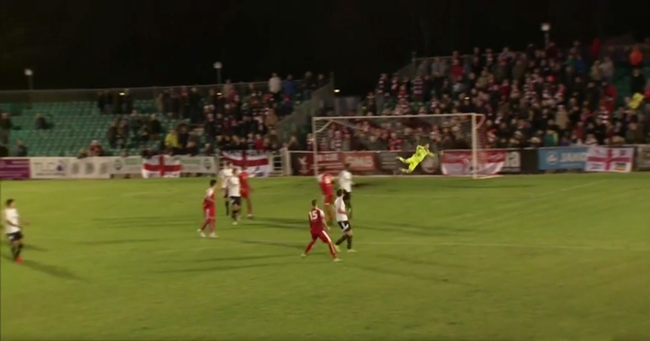 With the score locked at 1-1, National League South side Whitehawk FC came within a whisker – a whisker we say – of nabbing a spectacular last-second victory over Stourbridge in the FA Cup first round.

That was, however, until fate intervened like the fickle mistress she so often is.

With the last minute of the match steadily ebbing away, the ball broke to Javier Favarel on the edge of the box, who walloped a volley into the back of the net with the very last kick of the match.

Here’s the goal again in isolation. Just keep an ear out for that demon whistle…

Refereeing. The secret’s in the timing.