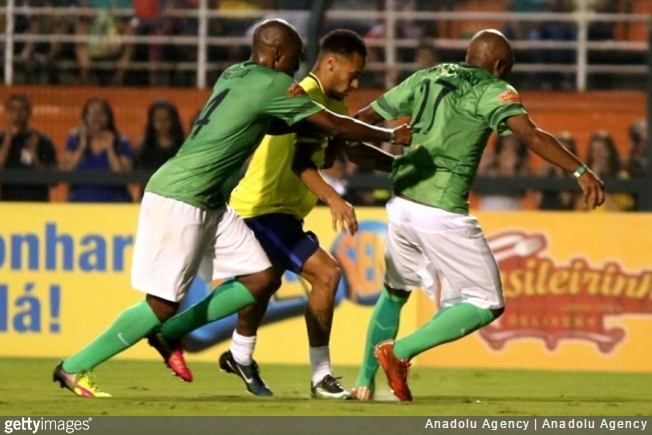 Thursday night saw a team of Neymar’s friends take on a Robinho select XI in a charity match in Sao Paulo to help raise funds and pay tribute to the victims of the Chapecoense plane crash.

The game produced no less than 22 goals as Neymar’s mob ran out 13-9 winners, with the Barcelona star helping himself to a four-goal haul despite starting on the bench.

The main man also produced an amusing little viral-friendly moment too, when opposing defender Fred (not *that* Fred) quite literally got down on his knees and begged for mercy, only to be immediately bamboozled by Neymar’s trademark flouncy footwork…

Opponent begs Neymar not to destroy him, Neymar says he won’t and then goes on to destroy him. Savage af 😂😂😂😂 pic.twitter.com/WGZOBtjp8t

Neymar’s shimmy resulted in a misplaced pass across the 18-yard box that was easily cut out, but that’s hardly the point.