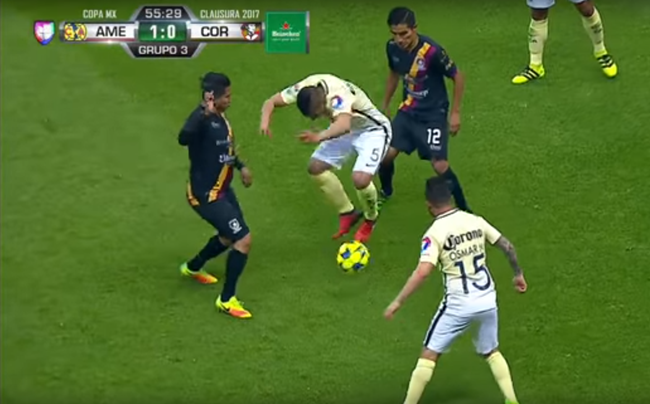 Having begun his career there before going on to make almost 400 appearances in blue and cream, Cuauhtemoc Blanco breathes rarefied air when it comes to Club America.

The grizzled veteran even returned to make one last commemorative appearance for America last season before finally bowing out of professional football at the age of 44.

In short, it’s fair to say that Mr White – famous for his iconic ‘bunny hop’ manoeuvre – is a bit of a club legend.

And so, with the very best intentions in mind, one of America’s current crop, 25-year-old midfielder Javier Guemez, attempted to pay homage to Blanco during a cup match against Coras Tepic on Tuesday evening by executing his signature trick.

Sadly for Guemez, it quickly became apparent that the ‘Blanco Bounce’ is a little tougher to pull off that it looks…