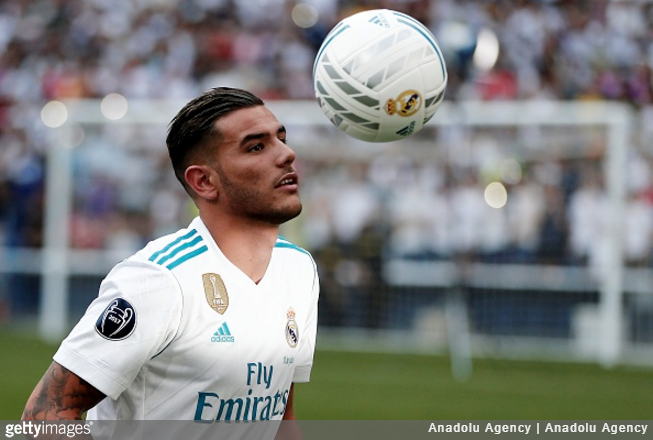 Theo Hernandez has recently become the first player for over 17 years to directly cross the breach between Atletico and Real Madrid by joining the latter in a contentious £20million deal.

As is the done thing, the 19-year-old full-back was unveiled in front of the cameras and a modest cluster of fans at the Bernabeu, whom he was asked to entertain with a few choice tricks and flicks.

However, what followed was a hurried burst of singularly ungainly juggles that came to an abrupt stop almost as soon as they’d begun…

Well, at least he seemed happy enough with his efforts.