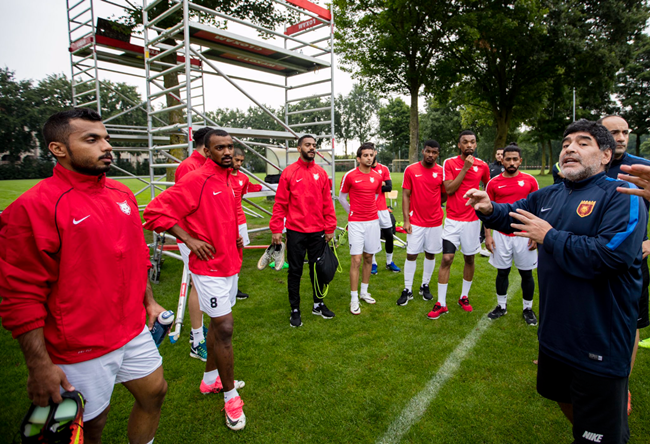 There’s every chance you may have missed the latest update, but Diego Maradona is currently under gainful employ out in the United Arab Emirates where he is head coach at Al-Fujairah SC.

Despite being a couple of months shy of his 57th birthday, Maradona has set about providing an example to his players, tucking away a lovely freekick during Tuesday morning’s training session…

The ‘Klinsmann’ celebration was a nice touch too!

If you’re wondering why Fujairah’s training complex doesn’t look like a sweltering Gulf atoll, that’s because El Diego’s charges are currently in the Netherlands as part of an off-season European jaunt.