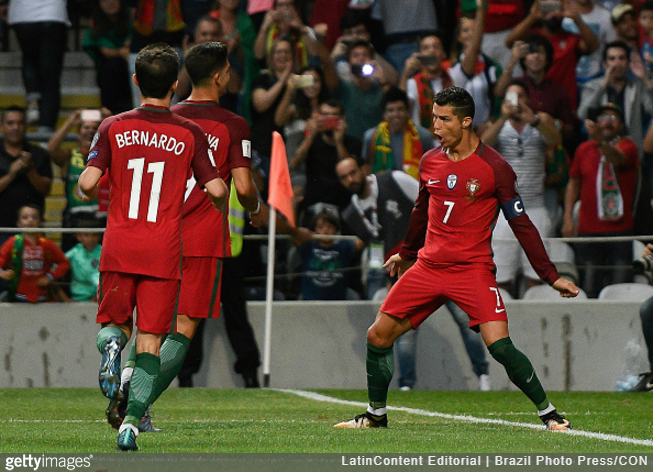 Suspended on the domestic front, Cristiano Ronaldo proved that he hasn’t let himself fall into disrepair these past few weeks by roaring his way to a hat-trick in Portugal’s first World Cup qualifying fixture of the international break.

The Seleccao sauntered to a 5-1 win over the Faroe Islands in Porto, with Ronaldo taking just two minutes and eight seconds (from kick-off) to score a spectacular far-post scissor volley…

That pretty much set the tone for the remaining 88 minutes of the match, with Ronaldo scoring a further brace (29′ and 64′), interspersed with further goals from William Carvalho (58′) and Nelson Oliveira (84′) – Rógvi Baldvinsson grabbing the Faroes’ only goal roughly five minutes before half-time.

So that’s 78 international goals in 100 appearances for Ronaldo. Not too shabby.