While former Liverpool midfielder Lucas Leiva was scoring an impudent back-heel for Lazio, another ex-Premier League stalwart, Branislav Ivanovic, was busy sticking away a glorious overhead kick for his new side on an entertaining night of Europa League football. 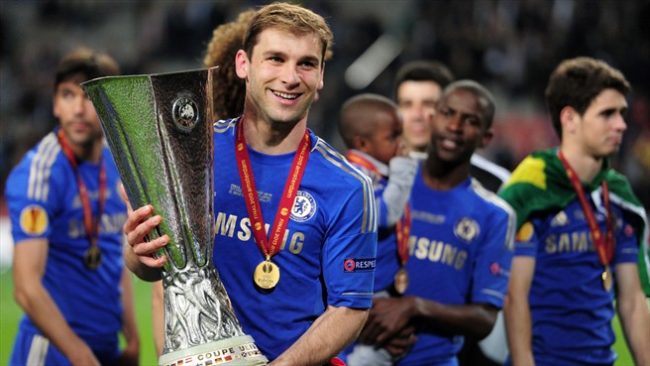 However, in February, the 33-year-old moved to Russian giants Zenit St Petersburg.

On Thursday night, Ivanovic bagged an absolute stunner away to Real Socieded, via an amazing overhead kick.

Not bad for a man of his age!

The game itself would end in a 3-1 win for Zenit, a result which sees them finish four points clear at the top of Group L.