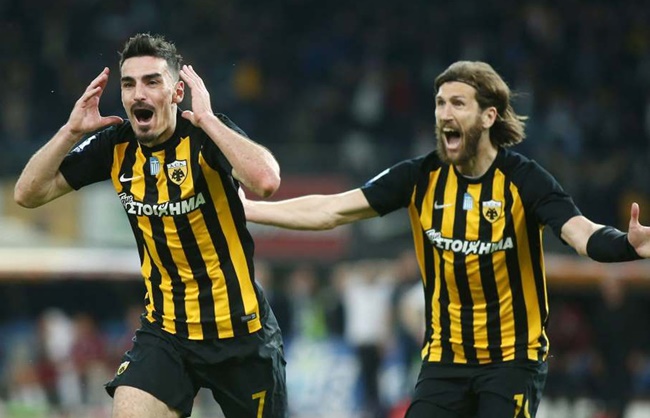 A magnificent injury time volley from Lazaros Christodoulopoulos fired AEK Athens into the final of the Greek Cup.

After AEK had lost the first leg 2-1 away to Larissa, the return game was perfectly poised.

However, the game would remain goalless until the final minutes of the game, with attacking midfielder Christodoulopoulos breaking the deadlock in some style.

With a corner finding its way to Christodoulopoulos in the box, the 31-year-old controlled the ball on his chest before executing a stunning volley which thundered into the back of the net, breaking Larissa hearts on the way…

That stunner edged AEK into the final courtesy of the away goals rule, via a 2-2 aggregate scoreline.

AEK will now face PAOK in the final, after they cruised past Panionios, 6-2 on aggregate.