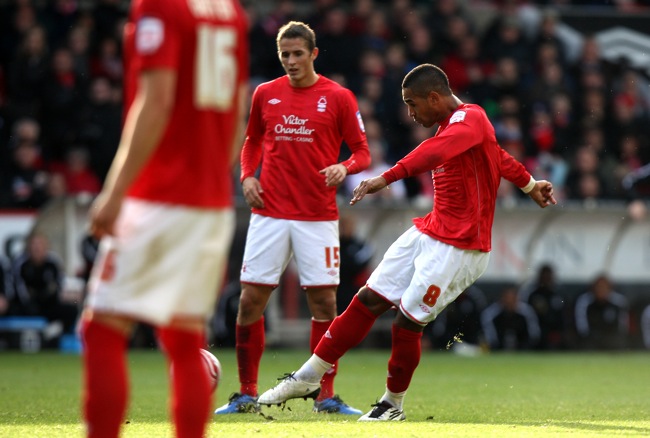 You know what I said that Chicharito’s remarkable reverse header was the best goal of the weekend? Well, I think Lewis McGugan might have something to say about that…

A stupendous strike by the Forest youngster against Ipswich, from more than 30 yards out. That’s seven goals in eight games for the 21-year-old midfielder.

“It was a magnificent strike, wasn’t it,” Forest gaffer Billy Davies said. “But I have just told him to keep his feet on the ground because he still has a long way to go.”

McGugan is one to watch, clearly.