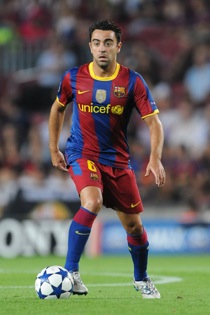 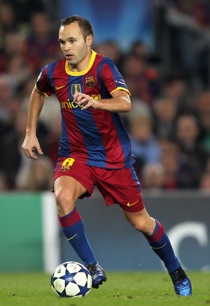 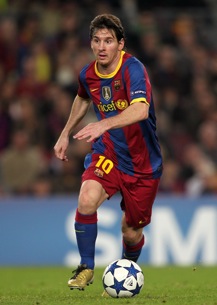 Barcelona stars Xavi, Andres Iniesta and Lionel Messi have been shortlisted for the FIFA Ballon d’Or. It’s a remarkable feat for the Catalan club; the last time a club boasted all the players in the Ballon D’Or top three voting was in 1989 when Milan’s Marco Van Basten, Franco Baresi and Frank Rijkaard were on the podium.

Messi is the bookies’ favourite to claim the award in Zurich on 10 January 10, but I think it has to go to Xavi, who has been untouchable in the last year or so.

Barca head coach Pep Guardiola, Jose Mourinho, who won an unprecedented Serie A, Coppa Italia and Champions League treble with Inter  last season, and Spain’s World Cup-winning coach Vicente del Bosque have been named on the shortlist for the Coach of the Year award. I’d give it to Mourinho. A treble is not to be sniffed at.

Who deserves to win the Ballon D’Or? Vote below…