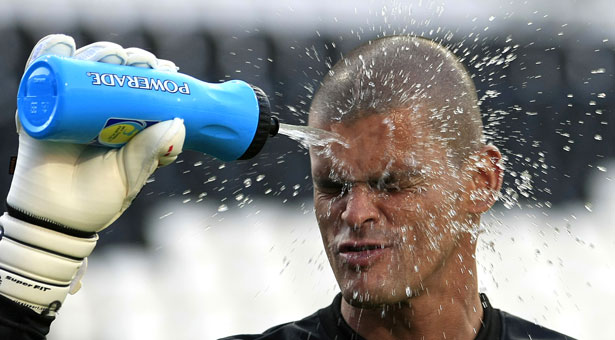 Miguel Calero, the 40-year-old goalkeeper who currently plies his trade with Pachuca in the Mexican league, is set to retire this weekend after a long and eventful career.

The 6’3″ goalie was a squad member for Colombia in the 1998 World Cup Finals and won numerous club titles in his time in Mexico, despite being a less than reliable performer between the posts. However, he is also famed for scoring ability. As well as chalking up a fair few long-range goals, he also was dangerous with his head, and his hat. Check out these goal from his lengthy career, both headed home via his baseball cap.

I can’t think of another player to score a headed goal whilst wearing a hat? Can you?

Thanks to football stat legend @pesqy for the info