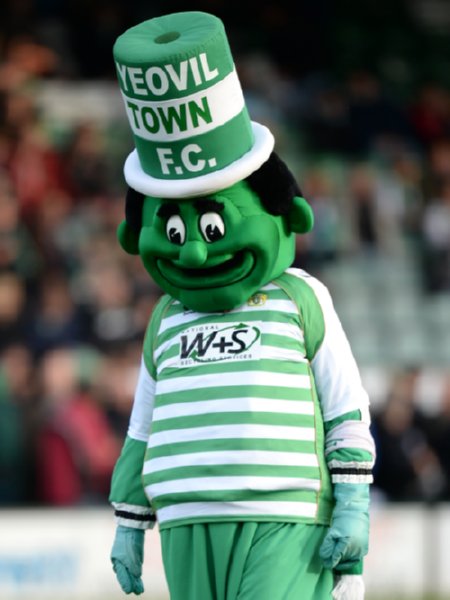 Go away Big Jolly, nobody loves you

Currently wallowing at the bottom of the Championship, Yeovil Town have been putting their heads together over the past few weeks in an attempt to conjure up ways to gee-up the crowd at their Huish Park ground as the club fight tooth-and-nail to stay in the Championship.

In their infinite wisdom, the Yeovil directors have come up with a foolproof plan: they’re going to launch their own girl band which, according to the Guardian, is to be “based on the Pussycat Dolls”.

Yep. Yeovil are to become the first football club in the history of everything ever to have their own in-house girl band, who will perform at home matches for the rest of the 2013/14 season.

The club are now in the process of holding auditions for members, with females aged 18 and over being invited to Huish Park on 4th December to have a stab at making the final cut.

Again according to the Guardian, the final group will consist of a lead singer and “a group of south west-based dancers” who will then work with a record label to record and release a single on iTunes, with a swatch of the proceeds then going to Prostate Cancer UK (the Football League’s official charity of choice).

Of course, it wouldn’t be the first time that Yeovil have dabbled with the pop charts, with the Glovers’ Wurzels-esque anthem, “Yeovil True”, reaching the dizzy heights of No.36 in the Official UK Chart back in 2004 to celebrate the club bagging an FA Cup tie against Liverpool, which they duly lost…