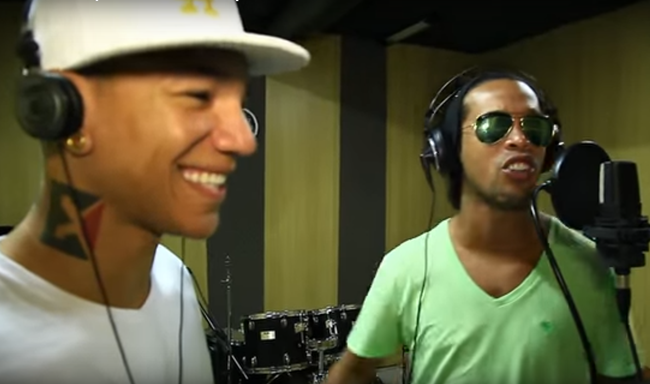 Having not made a professional competitive appearance since 2015, Ronaldinho is certainly doing a fine impression of a retired footballer despite having never formerly announced his decision to call it quits.

Over the past few years, the ex-Barcelona star has involved himself in a number of musical projects, appearing as a guest artiste on several lively Brazilian numbers.

However, the time has now come for Senhor Gaucho to go it alone, marking his 37th birthday by unveiling his very first self-penned solo effort – a broody, lilting samba ballad called ‘Sozinho’, which translates as ‘Alone’.

The lyrics appear to be of a personal nature, with Ronaldinho – at least we think it’s him – singing in the chorus:

Me, now alone. I do not feel weaker or stronger but who knows the fate? Comfort me in this battle.

Alone for the first time. Alone, the mind goes beyond the beyond. Alone, but with strength and faith to continue.