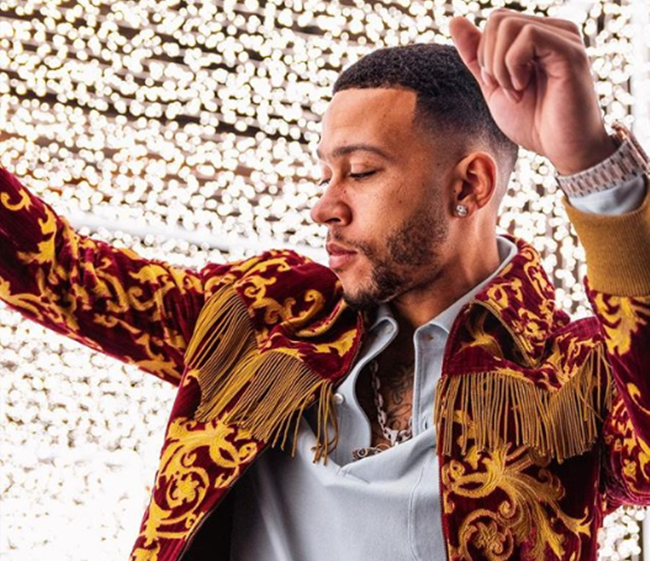 Earlier in the week, Memphis Depay furnished us all with a horrendously cringe-inducing freestyle rap to celebrate his passage of the five million follower mark on Instagram.

Obviously while Depay’s effort was a work of obnoxious delusion, it has at least served to spawn an altogether superior parody by Motherwell defender Charles Dunne – or ‘Chilli D’ to give him his chosen rap name.

Rather than prancing about in front of the Eiffel Tower in a velvet blouse, Chilli filmed his version at the M&D amusement park in Strathclyde while rocking a discounted Primark jacket and a £10 Casio watch…

Those fire lyrics in full:

Four K, I’m talking followers. But after this rap, it’s going to blow up.
Called Insta for a blue tick, this rap should do the trick.
I doubt this freestyle gonna go viral, sorry Memphis you ain’t my idol.
I’m a football rapper from Motherwell – bought this jacket in a Primark sale.
One year, two finals. Accies fans, they’re in denial.
Don’t play my football in France, but yo Memphis at least I can dance.
You can keep your diamond Rolley, yo. I got me a £10 Casio.
I don’t need no cigar. I don’t drink, I don’t smoke, that’s too far.
I’m low on the Instagram game, but I ain’t got no shame.
Do my talking on the pitch but it’s quite obscene. They still won’t show me on Sportscene.
You might be in Paris but I’m keeping it real, M&D’s.
So you do you and I’ll do me, just remember the name: Chilli D.

Speaking to BBC Radio 1Xtra, Dunne revealed that his management team are “waiting by the phone” in preparation for the flood of offers from rap producers that will no doubt be coming his way.

On this evidence, it’s only a matter of time.