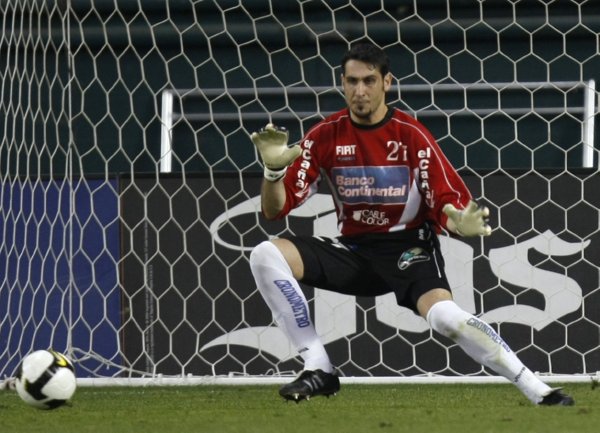 Former Penarol goalkeeper Juan Obelar has been forced to retire from football altogether after severely maiming one of the tools of his trade in a horrifically unfortunate DIY accident which saw the 34-year-old lop off four of the fingers on his right hand.

Here’s the man himself with the gruesome story:

“I was doing a few things for my house, putting wood through a plane and the next thing I know the machine ripped off four fingers.

“I was on my own, I didn’t have help from anyone and the only digit I had left was my thumb. They [doctors] have already told me I am not going to recover a single finger but they will try to rebuild me a bit.

“I feel so awful, this is the most horrendous thing that has ever happened to me. It is a very painful moment. God knows why these things happen.’”

Yeesh. Obelar was half-way through a self-imposed six-month hiatus from the game after leaving his last club, Centro Atletico Fenix, in the summer, but had planned to make his return to professional football in January.

Instead, now he’s unsurprisingly been forced into announcing his retirement.